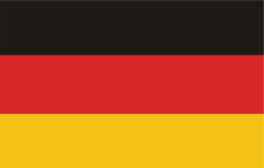 As Marburg’s excavated medieval synagogue reveals, Jews have been a part of Marburg’s history since the 13th century. Over time, the population of Jews fluctuated, with declines usually tied to expulsion. Populations, however, rarely exceed seven families, or 30-40 people. Nevertheless, along with greater economic freedom during and following Napoleonic rule and after Jewish emancipation in 1869 – a time during which Marburg became a regional hub – came a growing Jewish presence in Marburg. During this time, Marburg also became the seat of the regional rabbinate. The synagogue was established at number 2 Ritterstraße. From 84 members in the mid-19th century, the Jewish population increased to 512 people at the beginning of the 20th. On September 15th, 1897, the new synagogue, which had space for over 400 people, was inaugurated on Universitätsstraße.

During the night of November 9th, 1938, the Synagogue was burned to the ground by Hitler’s Stormtroopers. Only the Torah scroll was salvaged. The walls that had survived the fire were destroyed and the debris removed, and the Jewish community was responsible for the costs of demolition. Directly after the night of violence, many Jewish men were transported to the Buchenwald concentration camp, and those who remained were forced into ghetto houses. Fewer than 200 people were able to escape Germany; the remaining were shipped off to concentration camps, where only few lived to tell the tale. Thus ended the presence of the Jewish community in Marburg and its 700-year-old history of Judaism.

After Germany’s surrender, a number of Jews freed from work and concentration camps returned to Marburg, and the population of Jews increased to almost 300. However, emigration, especially to Israel, caused the population to drop to 70 by 1949, a number that would only decrease. The only member of the original Jewish community to return was a native of Mardorf, who is a member of the community to this day. Beginning in 1978, Willy Sage, founder of the “Marburger Gesellschaft für Christlich-Jüdische Zusammenarbeit” (“The Marburg Society for Judeochristian cooperation”), alongside the magistrate, organized regular visiting weeks for past members of Marburg’s Jewish community. Through this, an occasional Minyan service was possible. It was also during this time that it became clear that the community was lacking a space in which they could carry out Jewish traditions.
At the beginning of the 1980s, the Israeli Amnon Orbach who, until today, serves as the chair of the congregation moved to Marburg after falling in love. In 1983, the storeowner and Jerusalem native decided to live in Germany and to learn the German language, but he was presented with the following situation: “there was no Judaism in Marburg. I found about 25 mostly elderly Jews living distanced from their religion, without a meeting place, without a leader, without someone who understood Hebrew. And, thanks to Willy Sage, who took Jewish concerns in Marburg seriously, I found a Jewish cemetery in good condition.” It was clear to him that “this city cannot exist without Jewish life.” Despite his tolerant attitude, Judaism was the focal point of Orbach’s existence. He refined this: “without its Judaism, a city like Marburg becomes an empty and poor one.” Since then, the native Israeli begun to campaign for the revival of Judaism in Marburg, bring together Marburg’s Jews, resume religious services, and rebuild the Jewish community.
The then-mayor of Marburg, Dr. Hanno Drechsler, supported the initiative fully and provided for the community a space in the house on 25 Pilgrimstein. At the inauguration on September 1st, 1989, Drechsler underscored the city’s efforts to “not only provide you with space, but to create a real home for you where you can feel comfortable… and where you can live according to your faith.” He also set forth a promise: ” When I see the pictures of Marburg’s destroyed synagogue and now stand here in front of you in this prayer room, I feel ashamed. But I can promise one thing: if the community and its needs grow, the city of Marburg will do everything to provide you with a bigger and better space.” The old Torah scrolls were also brought into the Jewish community’s new synagogue room.

In the year 1989, there were approximately 30 Jews in Marburg, and with its capacity of 35, the new synagogue was more than sufficient for the community. Since then, though, the situation in the Jewish community has changed drastically. The number of Jews more than quadrupled: today, there are more than 360 members, many of them immigrants from formerly Soviet nations and Eastern Europe. However, this number only reflects the number of Jews considered by Jewish law to be Jewish. If non-Jewish family members are also included, the number climbs to over 500. The Jewish community center at Pilgrimstein thus became not only an area for religious events, but also one for the integration of immigrants.
The offerings and the areas of responsibility of the Jewish community are broad, the most important, though, being the Shabbat services on Friday evenings and on Saturday mornings, and the following social gatherings. The most important Jewish festivals and holidays of the year are also celebrated with religious services and celebrations. Nevertheless, these events had to be moved to other rooms, because those in the house at 25 Pilgrimstein had been too small for years.
Once a week, classes on Judaism and its customs and traditions are held. The main purpose of these courses is to familiarize the members of the community to whom the Jewish faith is somewhat still foreign—for decades, practicing religion was not allowed in the communist states of Eastern Europe—with Judaism. In addition, the courses provide those interested with information that can be useful in the understanding of the Jewish religion. Courses in modern Hebrew are also offered. Further contacts in the Jewish community are also available for the discussion of Christian-Jewish dialogue or the state of Israel.
The community’s chair, Amnon Orbach, is especially committed to open and unbiased dialogue, since the exchange of knowledge is a fundamental prerequisite for understanding and preventing any kind of anti-Semitism in the future. This is precisely what the Jewish community sees as one of its most important tasks: those, who want to learn more about Jewish faith and everyday life will always find an open door. To name but a few, school classes, groups from churches, the politically active, and University affiliates are all welcome guests of the Jewish community. The community also offers diverse cultural events that are open to all who are interested. On September 1st, 1999l, the Jewish community celebrated 10 years at the Pilgrimstein location, which had become a much-loved home to many of the members. The celebratory events included reflection, thanking, and an outlook on the future of the community.

The search for new spaces

In later years, the crowdedness of the rooms at Pilgrimstein made it difficult to offer space to everyone. Even the community members soon hardly had enough space for their own services and classes. The search for new spaces alongside the assistance of Mayors Dietrich Moeller and Egon Vaupel lead to the property at 21a Liebigstrasse. The old AOK offices offered not only sufficient space, but also a building well-suited for future religious use. Thanks to funding from the city of Marburg, the community was able to acquire the building and, with funds from the state of Hesse, the monument protection authorities of the city and state, and generous donations from members and friends of the development association and the society for Judeo-Christian cooperation, the building was converted into a beautiful synagogue and cultural center. Members of the community lent their time to the construction, assisted by the city’s building director Juergen Rausch, who was always on hand with advice and necessary help.

The larger space has allowed the community to better carry out its cultural and social duties. In its new space, the community together with the Society for Christian-Jewish Cooperation, with which we have continued and renewed a good relationship has endeavored on an even larger scale to be a home for all those interested. The rich treasure of Jewish culture allows for the offering of a varied program: from Bible courses and the public discussion of Judaism to current events and Jewish and Israeli music, dance, and song, to name a few. Amnon Orbach’s wish at the 10-year anniversary of the Pilgrimstein space “Your house should be a house of prayer for all,” or “Dein Haus soll ein Bethaus fuer alle Voelker sein” has become the motto of his life’s work, the new synagogue on Liebigstrasse, which was officially opened on November 27, 2005 with the same quote inscribed on it, visible to all future visitors. 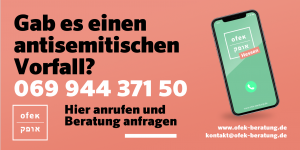